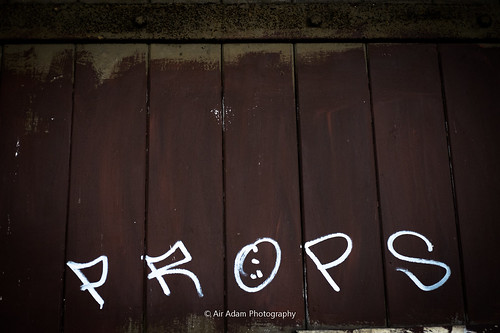 I've got to say - I think this is a good one! There are knowledgeable DJs I know out there who might only have heard six or seven of these tracks, even though maybe only one is particularly rare. We start things off fairly downtempo, paying homage to the late KMG, taking a step up in tempo in each section until you might want to hit the floor! There are some 90s head-nodders, some modern UK cuts, and even a little dance in the selection - so let's get it cracking...

Above The Law : Promise Me

A downbeat track to open up but one I've always thought was excellent, lyrically especially. Ice-T often says he knows which supposedly gangsta MCs are fake because they never talk about the downside of the game, but fellow West Coast natives ATL have always covered that aspect. Taken from their fifth album, "Legends", which is well worth having, this track sees Cold 187um and KMG speak on the stress that the street lifestyle has on the innocent families of the participants. The hook is an adaption of an old Luther Vandross tune, and Cold 187um meets the heaviness of the lyrics head on with a booming but haunting beat.

Got hold of this track recently and had to play it for two reasons. Firstly, it sounds great. Secondly...what...did...he...do?! If you know Hip-Hop, you've heard James Brown's "Funky Drummer" sampled many a time and would recognise it backwards, but this is way past backward. A fantastic re-edit which should serve as a reminder that you should check for everything this man puts out. Now.

I went to my record library to pull something by Fatal Hussein for this episode and on looking at the vinyl, realised that this was one of the first tracks I used to learn how to rock doubles; I'd found copies of the "In The Line Of Fire" sampler cheaply, they weren't warped, and even though I was on the least-suitable turntables you can imagine, I picked it up. Just a bit of personal history, but back to the track; it's got a very mournful feel, somehow feels like the one to play. Fatal and The Artifacts' Tame One, both New Jersey MCs, put the bravado in the lyrics but the vulnerability is in the hook, where you also get a nice little change-up in the beat from Reef. While best known for being a member of 2Pac's Outlawz, this track shows what Fatal could do following his own path. RIP.

Main Source : What You Need

Those drums are thumping nicely. K-Def takes the beat reins on this track for the second incarnation of Main Source after the departure of Large Professor, who was not only the sole MC but also the producer! This was the first and only single from the 1994 album "F*** What You Think". Mikey D took over the mic duties, and while he's no Extra P he does a solid job. Incidentally, if this track sounds strangely familiar to you even though you've never heard it, there's a good reason - Dave "Jam" Hall and Madonna sampled it heavily for the track "Human Nature" from the "Bedtime Stories" LP.

A bit of an obscure one here - a 1996 release (video caption is wrong, apparently) from this North Carolina MC had people warmed up for the release of the "The Raw Factor" LP...but it got shelved by the record company and that appeared to be the end of that. However, in November last year the entire LP emerged on Bandcamp as a digital release, and after a nineteen-year enforced hibernation I thought I really should pick up a copy :) Quality nineties underground flavour with the production being handled by Fanatic, hooking up a classic smooth soul sample that you'll have heard used on a past episode...start digging...

Although I knew I liked this track, I'd somehow managed to overlook it for ages until it came up in shuffle recently! The title track from the collaborative album from these New York legends, this one swaggers along with those triumphant horns and makes its claim to be every bit as solid in its own way as "That's Hard", which got a lot more light when this was released.

A little independent interlude here, with this coming from a beat tape I found while browsing Bandcamp. Enes is an MC/producer/label head I believe is from Barcelona but now in Singapore; I thought this cut from his name-your-price "StreetSoul" release was just the thing to keep things going with quality while slightly dipping the energy before stepping up to...

The Mouse Outfit ft. Bam (Jungle Brothers) : What'd I Do?

*airhorn* Big new single - and a free single, if you'd like - from the Manchester crew who continue to make noise, whether it's live shows or an appearance in session on BBC 6 Music! The beat is ill as expected, and the special guest on the mic for the whole tune is Bam (aka Afrika Baby Bam) of the Jungle Brothers in solid form; in fact, I'd love to hear more from this combination...

The last track I selected before recording, this was a real back-of-the-crate find! In the days when the turntablism resurgence was making itself felt in Hip-Hop, DJs Apollo and Shortkut (both of Invisibl Skratch Piklz) and Vin Roc of 5th Platoon came together to form Triple Threat, who are still going strong today. My understanding at the time was that the three threats alluded to were scratching, beat juggling, and mixing...but I wouldn't be surprised if I'd got that wrong! Anyway, they only recorded one actual album, 2003's "Many Styles", and so it's there we go to pull this energetic track featuring Zion I. The album is worth having just for the skits of different people pestering the DJs - fellow sufferers will be able to relate ;)

I failed to find this on YouTube, which means it might be a much rarer release than I thought it was! Absolute killer white label, with the beat mercilessly chopping James Brown's "The Big Payback" on a jerky, shoulder-working rhythm.

Children Of Zeus : Push Push On

The soulful Manchester duo of Konny Kon and Tyler Daley with another quality track; they're making a habit of it and need to get an album out so I can buy it! In the meantime, their Soundcloud is the place to go to check the catalogue. That drum line reminds me very much of an 80s soul hit (though I don't think it's a sample) and the electric piano and bass fit it just perfectly. Another victory!

I'd never actually noticed the name Rich 5 before but he's definitely put in work for Boston MCs like Edo G and Krumb Snatcha, so he has a solid pedigree. Right here his skipping drums and trilling guitar make for a clean but not too clean beat on which you can find Bumpy and Nas trading verses on this 12" - worth having in my opinion! This track was remixed by DJ Premier on "The Kolexxxion" LP...but this is the one.

I love the way this beat pushes along, it's almost got a bit of a Prince vibe in the drum and bass foundation! If you've got some sunshine where you are right now, this West Coast cut is a more fitting soundtrack than it is for Manchester at the mo. Either way, one of my favourites from the "Barmageddon 2.0" album, with Ras, Kendrick, and ProVerb (who I've actually not heard of before) doing the business over Focus' production, plus LaToyia on the hook. The album is worth having, digital-only I think but one I've given a solid number of listens!

I checked out this track on the strength of Lisa Shaw's name - her phenomenally clear and controlled voice is one I absolutely love. As it turns out, the whole track had me moving, and when I did my research it turned out that Julius Papp is no neophyte producer, but a veteran who's been DJing for the last thirty years! Right here he shows how to give you what is essentially a four-to-the-floor beat but keep things interesting with the way the drum dynamics and percussion programming are done. That's not even getting into that lead/bass synth sound, or the warm pads running through the track. This 2010 EP has nine tracks, but this is the one right here.

I played a track from the "Rise" album fairly recently, I'd thought - until I checked back and found it was three years ago! With that kind of time gap, returning to this LP is more than justified, especially with a beautiful cut like this. Samantha's voice sounds like she could turn it to a number of genres (actually, she's done acoustic versions of some of her tracks, including "Rain" which is gorgeous), but this feels like home. Vikter Duplaix is on the production, putting a little samba flavour in the groove, and the mix and overall polish of the track is top notch. If you've got half an ear for this kind of stuff, pick up the album.

Now this is brave - "Good Times" is one of the canonical Hip-Hop breaks, with the original bassline being one of the most recognisable in history (think "Rappers' Delight") - and yet, here's a remix! DJ Jazzy Jeff's "A Touch Of Jazz" collective (in this case, him alongside Darren Henson & Keith Pelzer) take on the classic and change up pretty much everything save the vocals and the strings. At times it actually feels to me like the vocal is running just a sliver behind the beat, but it's not as though the original was recorded to a drum machine! Jeff adds some extra flavour with the cuts and Philly's Ivan Barias drops in with the short rap section. I got this on a 12" but it's more easily available on the 2002 "Ultimate Chic" compilation.

Some real heat here, with the Kool & The Gang "Soul Vibrations" sample being the basis for this big 2003 single. I used to do a little beat juggling with this one, so did some to lead this track in. The vinyls are so nice, I didn't even bother backing it up into Serato!

Didn't want to waste the opportunity to link this track with the Just Blaze beat it  inspired! One of the truly great Hip-Hop remixes, this should really just be called a re-record since both the lyrics and the beat are completely different from the original "The Low End Theory" track. The complete lineups of Tribe and LONS take the mic, alongside the opener, an MC called Kid Hood who was killed just two days after recording this verse (hence being referred to in the intro as being "in spiritual essence). I believe this is his only recorded material -  a fierce verse  to be remembered by.