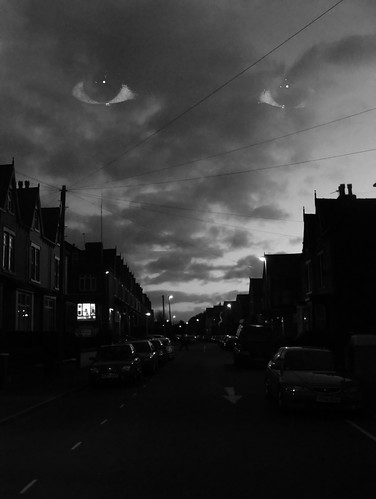 This April marks both four years since the passing of Guru and twenty (!) years since the release of Nas' "Illmatic," so I had to pay homage to both on this episode. We start the show off at blunted speed and work our way up to the dancefloor!

Couple of links I promised you;

The Soul Twins new podcast is here - give them some support!

Slightly left-field and admittedly drug-enhanced lust story, with a beat that just makes me want to rewind and drive slow! With Metrodome on production, 40% of Manchester's Ape Cult, a young crew on the rise, get busy on this one from the "Blick Flair's Ape Mountain" album.

I was privileged enough to be treated to the instrumentals from the "Escape Music" album, and this track fits in nicely here. The album has been getting a lot of well-deserved respect, which has been really good to see. This particular track has an unusual sound for a group who are primarily known for their live instrument chops, but it shows that they can definitely get versatile with it!

Ok, sorry about the pun :) Did you ever see "Ride?" Nope, me neither. Those mid-90s film soundtracks were a clearinghouse for all kinds of studio offcuts, but you'd always be guaranteed at least one quality tune and this is the one on this occasion. Couldn't afford the 12" when it first came out but managed to pick up the whole album last year for a few quid! On this hardcore meeting of the minds, you have Fredro, Sticky Fingaz, Sonsee, and X-1 on the Onyx side, and Raekwon, Method Man, and Killa Sin (from Killarmy) representing for the Wu. The verse structure obviously has to lean away from the three 16-bar model, and of particular note is how Sticky and Meth share the closing verse - rightly so. The production is handled by Latief; if you know the original sample, you'll appreciate how just a small amount of rearrangement can do good things!

One of the Cali Agents puts in the work on a lovely Evidence beat. Heard this one for the first time this month, but it fit beautifully into this spot! This is on the 2000 "Always Bigger And Better Vol.1" compilation on ABB records, but was a 12" release back at the time too. Planet Asia has definitely kept grinding away over a 16-year career, so if you like his rhyme style you'll be able to find plenty more material out there.

This was the first Gang Starr tune I ever heard, back in about 1989 - on a mixtape that was followed by NWA's "Boyz N Tha Hood." Memories! Anyway, this is a great little track from the debut "No More Mr Nice Guy" album - 25 years old this month - with Guru reminiscing on the history of jazz, and DJ Premier with an early production credit. Nice work with the Ramsey Lewis sample, and the little transformer cuts still get me even though I could pull them off myself these days!

Looove this one. It was a pain to get hold of though - the original version on the UK album is much shorter. The last track on the "In The Mode" LP, it's a complete change of pace from the rest, which is very high-tempo D&B. Onallee is strong on the vocals, and the instrumental behind her is classily done. Bristol can justifiably be proud of this crew.

No I.D : Jump On It (Instrumental)

Just a little Chicago here, a head nodder from the "Sky's The Limit" 12" and the "Accept Your Own & Be Yourself" album. Nothing complicated!

A soul classic! Only a short piece though, to warm you up for the track to follow. I thought this was the first version of "California Soul" but it was in fact one of a series of covers, with the original being recorded by The Messengers in 1967.  This wasn't even a single for Marlena Shaw, but what turned out to be a standout album track that ended up hitting for those in the know. Pretty much everyone knows it now, and rightly so.

Here we go with a slight tweak on a well-known classic! I have this on a compilation of Gang Starr rarities but I think this has had a 12" release. It's not wildly different to the original that was on the "Step In The Arena" album, but it's got a liberal sprinkling of extra horns. Thought I'd throw this one in for the older heads just in case they hadn't heard it.

That bassline does the damage. The title is no affectation - there was at least one previous version of this track already. The MC and producer who was at the time of this release primarily referred to as "Madlib's brother" had to be given props for a very solid debut album, 2004's "The Disrupt," and this was one of the top tracks. Using the bassline from the same break as X-Clan's "Verbs Of Power," Oxnard's own give us some quality alongside Wildchild of Lootpack - Madlib's old group!

Common Sense : Soul By The Pound

Never knew when this came out what kind of a career this guy would have, and I don't think there was necessarily any indication here. Still, this was a well-regarded track when it came out as I recall. Didn't realise this was the third single from "Can I Borrow A Dollar?" - it was certainly the first track I heard from him. Produced by Immenslope, who later changed his name to No I.D, it just pounds away on the low end leaving plenty of room for the MC to operate. As I'm sure you know, he eventually had to shorten his name to just "Common" because these guys forced it - probably a pain at the time, but overall I think the cropped version did ok :)

This impressed me on the very first airing when it came out online a few weeks ago!  It sounds like it comes out of sheer exasperation at a lot of the material out there right now, and the always-insightful J-Live even notes that there are plenty of other songs saying very similar things. That said, a lot of those tracks lack the honesty to say that a lot of records saying nothing...actually sound really good! You could level the same accusation at most genres, but he's speaking on what's closest to him. Atlanta's Korede handles the beat, and this is a great preview for the "Around The Sun" album, which should have just been released as you read this.

[The Neptunes] MC Lyte : I Can't Make A Mistake

From where I was standing, this 1998 single pretty much disappeared even though it was blatantly a big reach for radio - I bet most people won't know it, and the rest will only vaguely remember it! I like this beat, it is very much the sound of The Neptunes as we first came to know them, and this could easily mix with a track like N.O.R.E's "Superthug." Brooklyn's Lyte is more known for her late 80s/early 90s output like "Poor Georgie" and "Ruffneck," but this is towards the tail end of her recording career. Even though this didn't hit big, I can understand trying to work within the sound of the time!

Roger : So Ruff, So Tuff

Easily one of my all-time favourite records, and I used to be unbeatable at video games whenever this was playing! Regular listeners to the podcast will know of my love for Roger Troutman's genius, and this is one of his finest tracks. From his first solo album, 1981's "The Many Facets Of Roger," this has been heavily sampled and is a true funk classic. The talkbox harmony at 41:07 is absolutely flawless, the highlight for me of an amazing track. 11 out of 10.

The Whispers : Keep On Lovin' Me

Only got up on this one earlier this year, after Phonte guested on the "The Black Guy Who Tips" podcast and they were all laughing about the video :) I'd imagine the best known Whispers track is "And The Beat Goes On," but they've been doing it since the 60s, with changing members over that time - sadly, often due to health reasons or deaths. They had a heavy run in the 80s on Dick Griffey's Solar Records, which is the time period this track comes from, with Leon and Ricky Sylvers killing it on the production.

Zo! ft. Eric Roberson & Phonte : We Are On The Move (Original/Black Coffee Remix)

The reason the Whispers video came up in the first place was that they did their own take on it when it came time to do a video for this song! Zo! is a multi-instrumentalist and producer from Detroit who has quietly racked up ten solo albums dating back to 2001, three EPs, and a handful of collaborative projects. From his latest release, "Manmade" comes this uncomplicated and beautiful track, with Eric Roberson doing a bang-up job on the lead vocal, ably assisted by Phonte (formerly of Little Brother). I also thought I'd do a little blending in of the Black Coffee remix (I think done by the South African DJ?), which takes it into a house style and makes its own additions. Appreciate.

The Jones Girls : Nights Over Egypt

The preceding track reminded me very much of this for some reason! An old classic, but only introduced to me at Zumbar in Manchester in the early 2000s. A phenomenal soul track that only peaked at #23 in the US R&B charts back in 1982, this should have been a big hit. Another Detroit act, the Jones Girls were backup singers for many years - working with Diana Ross and Aretha Franklin to name but two - before striking out on their own. This track was on their third album, "Get As Much Love As You Can" and written by the combination of Cynthia Biggs and the brilliant keyboardist Dexter Wansel. Beautiful late-night cool.

It's that patented DJ Spinna bass on this B-side from Beyond Real. Not to be confused with the MC of the same name from Jurassic 5, Akil only had a couple of solo 12"s out, as well as a track with a group known as the BX Crew. The little organ sound in the background is a nice little link to the final tune of the episode...

So many great tracks on "Illmatic," which was released twenty years ago this month, but this might just be my favourite. Despite only being 19 at the time, Nas reminisces on life and Hip-Hop from his own perspective - he says in an interview for Spotify Landmark that he felt able to do so because he had lived an accelerated life. Great lyricism, and a top-shelf DJ Premier beat - five-star track.