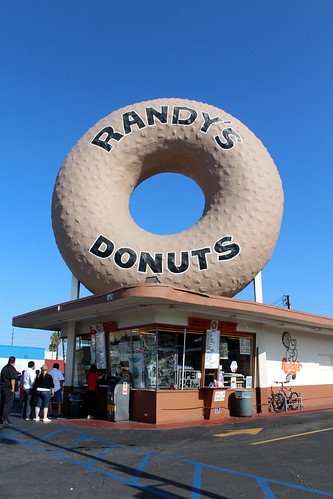 February rolls around once again, and so we pay tribute to Big L, Big Pun, and J Dilla in the selection, as well as the recently-departed Double K from Los Angeles' People Under The Stairs. There are some very well known tracks in the mix as well as some new and somewhat obscure ones, combined lovingly for maximum flavour!

The technical levels on this track are still stunning, even twenty-five years on from its release on "The Coming". J Dilla used to give Busta Rhymes beat tapes of the most awkward, left-field, off-the-wall material - the beats no other MCs could do anything with! The programming on this track is constantly shifting, moving from one drum and sample pattern to another, and Busta matches the changes with alterations to his flow and lyrical layout all the way through. The display of skill would go straight over the heads of non-heads (as it were), but if you can appreciate it, you have to nod and salute this track.

The "Rebirth of Detroit" album is one definitely worth adding to your collection if you're a fan of the great J Dilla. It was a massive added bonus when an instrumental version was also released, so I can blend in gems like this :)

Pure darkness here, nothing pretty about it - in fact, there were a few things in there I had to reverse myself, and it's still as rough as anything. Big L leads off the lineup of five MCs from the DITC crew as they spit gutter rhymes on this cut towards the end of Diamond's "Hatred, Passions, and Infidelity" album. For the longest I'd just assumed that he produced it himself, but this boom-bap killer is actually the work of Kid Capri, very much not in happy party mode!

Big Pun : You Ain't A Killer

I mean, I would assume that most of you are not? One of the signature Pun singles, with him pulling the cards of fake gangstas everywhere, including through the headphones! Younglord provides the beat on one of his first placements - he was still in high school when this was recorded. This was on the "Soul In The Hole" OST, but was no soundtrack filler - it also made it onto Pun's full-length debut "Capital Punishment".

New single from one of Manchester's finest, with Clay on the boards. If this is what he's been cooking up while we've all been stuck inside, I want an album! The Voodoo Black and Mothership Connection MC never slips when it comes to the rhymes, so definitely support his releases.

It was a nice surprise to hear this new single - the late great Phife alongside Busta and the Funk Doctor Spock for a taste of the posthumous solo album to come. My only criticism is that maybe the hook could have done a little more! Tidal credits the production to DJ Rasta Root, but the beat is from the original "Nutshell", which was a J Dilla production - so a little confusion there.

This is a selection from the instrumental version of "The Diary", the Dilla album that was originally entitled "Pay Jay" and intended for release in 2002 - but held up due to record company shenanigans. While you'd think he'd handle all the production himself, more than half the tracks were done by outsiders, with Dilla concentrating on the MCing. It's beautiful that this particular beat was done by his production hero, Pete Rock.

Killer cut! Sam Tweaks on Twitch put me up on this one when he played it on 45, and even though I don't buy many modern 45 releases (way too expensive), I absolutely had to have this. Beatsy Collins is a UK-based remixer/re-editor who is clearly doing great things when it comes to freaking old tracks! That said, he started with great source material, "Thinkin' About Your Body" by the acapella master Bobby McFerrin, which is worth checking in its own right. When that bass drops...

This is the kind of record it feels like it's impossible to dislike! Sunni Colón is a singer/songwriter and self-taught producer originally out of Los Angeles, who by all accounts is one of those people who just bleeds creativity. This bumping Kaytranada-produced soul number was a single-only release from 2017 which is well worth adding to your collection, with its extremely casual drum timing, bouncing bassline, and vocals that are just the right fit.

This is a classy piece of Detroit music, with Ilajide taking the same sample that J Dilla used for Busta Rhymes' "Show Me What You Got", but flipping it in his own way with some banging drums. Even on their first full album, from which this is drawn ("Detroit Revolution(s)"), their skills were highly developed, as you can hear on this one, with the MCs indeed keeping pace with the beat with flavour.

I was sitting for a good few hours trying to remember what the drums on the preceding track reminded me of, and eventually I realised it was this! This is a short track from the "Beats, Rhymes, and Life" LP, with Q-Tip going solo on the mic in storytelling mode. The Ummah (Tip, J Dilla, Ali Shaheed Muhammad) on production, as on the rest of the LP.

This one swaggers along headed by the horns, only to be periodically punctuated by the sound of the hammer! A quality instrumental from the "Land of the Crooks" EP.

A super-obscure Camp Lo cut, which I don't think actually got commercial release, but was made available on the "Passion of the Weiss" blog back in 2010. Lyrically the Lo come through with the slang-heavy diamond crook business I love them for, over a 70s-styled beat courtesy of a producer called Reality. Check the video for some accompanying b-boy styles!

If you can relate, then I'm right there with you! Classic track from "Getback" about trying to be fresh on a limited budget, with Illmind on the beat soundtracking it perfectly.

People Under The Stairs : Listen

Possibly the best track from "Carried Away", the seventh PUTS LP. The struggles of the everyman Hip-Hop artist are well-described, and anyone who's either been an underground performer - or been on the scene as a fan for long enough - will be able to hear what they're saying! I can't even describe the vibe of the beat, it's just really well-assembled and engineered with crispy drums, sneaky bass, and even finished off with some turntable work after the two verses. RIP Double K.

Cruising music from the king of lifestyle! This is an old cut now, from 2010's "Pilot Talk", and Ski Beatz laced Curren$y with a laid-back floater which still has a solid groove on the low end. New Orleans, Meridian (Mississippi), and NYC combine on this one for pure vibes.

Dug this one out from a quiet corner of my digital crates, from a collection by The Beat Tape Project - "The Smooth Grooves Beat Tape". Washington D.C.'s Str8Beatz gets busy.

We close the episode with an uptempo, uplifting song courtesy of longtime collaborators Nicolay (on the music) and Phonte (on vocals). This is the title track of the "Lights In The Sky" EP, and the double-time drumming and bright keyboards do indeed take you on an astral trip, with the multi-talented Phonte leading the way with his vocals.