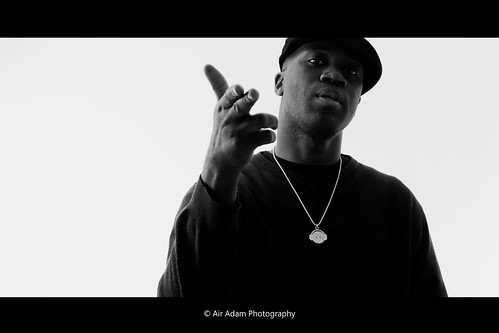 March 2011, 14 years after the death of the Notorious B.I.G - doesn't seem like that long ago. This show is sprinkled with a few gems from his catalogue, one you'll certainly know and others that you likely don't! Besides that, there's a track from the late Nate Dogg, the Michael Jordan of the hook, and plenty of other bits - quite a few obscure selections this month, but all very fresh in my humble opinion :o)

Ras Kass & Doo Wop : If This World Was Mine

Kicking things off for the month, a track which would probably have been more accurately titled "If I Could Turn Back Time"; Doo Wop is perhaps something of an unlikely choice of MC partner for Ras Kass, being known primarily as a DJ though he has picked up the mic before as part of The Diaz Brothers. Anyway, he opens the track with a re-imagining of March 9, 1997 where he stops the killing of Biggie Smalls, and Ras Kass follows up with a wish to be able to mentor his childhood self before spreading out to cover even more topics. Pete Rock brings a low key beat which I think fits the mood just right.

(Ayatollah) B-1 ft. Large Professor : Put Yourself In My Place (Instrumental)

I'm still working out the best way to label/credit these instrumentals! If you're looking for this 12", it's by B-1 and features Large Professor, but is produced by Ayatollah (going under his previous name of Kool G). Anyway, it's a nice bluesy track with that killer vocal sample - the origin of which won't be revealed here, but I'm sure you can find out where it's from as this month's homework assignment :o) The B-side of this ("Hustle") is phenomenally ill also, on a kind of smoothed-out late 90s crime tip - one for a future episode.

Bristol bass for real on this one, with a little reggae flavour and just a hint of D&B! The vocalist Rudy Lee dedicates this track to his brother, who was badly injured in a racist attack.

What you know 'bout this one? Nothing*. That's cool though, that's what I'm here for ;o) The St.Albans born, currently LA resident drum & bass programming genius comes out with something totally unexpected, a tough, dark Hip-Hop beat which sounds like it should have been on the soundtrack to "Terminator!"
* If you do know this one, I'm officially impressed.

RIP Nate Dogg! I never worked out why this album ("The Hard Way") wasn't huge - Snoop Dogg, Nate Dogg, & Warren G all in the same group? Craziness. This is my favourite cut from the album, the production (by B Sharp) is somehow slick and squelchy all at the same time. Yes, some of the lyrics are scandalous, but that's par for the course...

Staying in California for this pick, but taking it up to Vallejo, a great single from the "In A Major Way" album. This was one of the first, if not the first E-40 records I ever owned - I saw just a slice of the video on cable once and was glad to come across the vinyl a few years later. His career has been long and he has a lot of respect from those who really know Hip-Hop - do yourself a favour and search out his stuff. Studio Ton on production here, and Leviti puts the icing on things with the hook - wouldn't have been as good without it.

Awesome bit of African-influenced jazz fusion! Bob James, for those who don't know, is a big name in the jazz world but also in Hip-Hop production due to some of the tracks he wrote/performed on being absolute production staples; the two that stand out are "Nautilus" and "Take Me To The Mardi Gras" which have been sampled many, many times. This track is from his 1982 album "Hands Down" and is notable for a few reasons - not only does it subtly feature vocals from Patti Austin and Luther Vandross, but it was written by Rod Temperton, the legendary songwriter known best for his work with Michael Jackson on some of his best-known recordings. If I had been responsible for "Rock With You" and "Thriller," not to mention worked with Quincy Jones, Michael McDonald and Anita Baker, I would carry a championship belt around all day ;o) By all accounts, the Cleethorpes native is incredibly low-key - admirable.

The Notorious B.I.G : Kick In The Door

One of the undeniable classic Biggie tracks, with DJ Premier flipping the time signature on the Screamin' Jay Hawkins sample to give the big man a strong base to roast the opposition - quotable after quotable on this one. I've read in numerous places before that amongst the targets on this track are Jeru The Damaja and Premier himself ("son, I'm surprised you run with them...") after the whole "Ya Playin' Yaself" thing...can anyone confirm or refute that?

Selection from the "America Is Dying Slowly" AIDS benefit compilation, which was a great collection of tracks but had two main problems; 1) no female MCs, so the whole thing came from a male perspective, and 2) some of the tracks had absolutely nothing to do with AIDS whatsoever - and this is one. However, it is a banger and so I'm glad to have it. The beat is by Minnesota and it's a solid piece for the MCs to kick street rhymes on. Want to know more about them? Check Unkut!

"I'm strippin' like Scottie Pippen, giving a serious butt-kicking, breaking bones like Karl Malone - yes, I'm flippin!" Whoooaa! If you're a 90s NBA head you might recognise this track from NBA Video's "Jam Session" VHS tape, and what's more you'll be glad to hear it without the highlight clip sounds all over it! Biggie hadn't properly blown up when this came out and it was my man Mr. Mari who was going crazy telling us all how crazy this new guy Biggie was - definitely the best on this track, hands down. Heavy D is the actual headliner here, and he drops some lyrics for sure but has to settle for second place. I don't know who Troo-Kula is but he must be somebody to be given the whole third verse to himself! Jesse West is on production and brings in the infamous (and excellent) sample from Guy's "Teddy's Jam 2" which I will really have to play on here one month....

Leschea : How We Stay / The Notorious B.I.G : Dreams

Great head nodding track - and the way she sings that hook just sticks in my head! Leschea was part of Masta Ace's INC crew and he produces this one under the name Ase One, using a classic barely-midtempo break for her to do her thing on. This is another track I caught on a cable video programme back home when they were kind of working out what kind of thing to show! It didn't blow up over here so it's not the easiest record to find, so I treasure my copy...
Just blended in over the little instrumental break is a snatch of Biggie's infamous "Dreams" track which is based on the same sample and got Uptown Records pretty mad at him for the lyrical content when he was over there by all accounts! As far as I know this was never officially released, but I have a promo vinyl and I'm sure there are a fair number floating about.

A little something from his "Beatz : Volume 1" album; I'm going to take a wild unsubstantiated guess based on the track title that this might at one time have been the beat for Big Pun's "Tres Leches" from his debut album, but maybe that's what I'm supposed to think ;o) Heavy beat anyway!

(They get enough free advertising just from the audio)

Biggie even makes product placement sound good! He recorded this advert but shortly after was arrested and so it was never used. The company in question does seem to have a history of running from Black endorsers at the first sign of trouble; Michael Jackson and Ludacris, anyone? As far as the tune goes, DJ Enuff's beat is quality and Biggie's flow is impeccable - they missed out when they didn't use this.

I was sold just by the title :o) Great tune from the "Ghost Dog" soundtrack, just a loop and two MCs killing it with the flows. All Hip-Hop heads should already know about both these guys!

Joell Ortiz performed in Manchester this month and probably made a few new fans with his performance! Definitely one of the best MCs to come out in the last few years and I love this track from his "The Brick Bodega Chronicles" CD. All the guests do their thing, but it was an especially nice treat to hear the legend Big Daddy Kane on here, showing the young 'uns how to do it! This track cuts off kind of abruptly after his verse, otherwise I'd have started the mix out of this tune a few bars later. Big props to Joell for getting him on here and not being afraid!

Peter Rosenberg of the Juan Epstein podcast had an excellent line on this guy - "he uses his powers for evil!" He can make some beats when he really wants to (this is from his BBE producer album) but as for BEP...ehhh.

Big 1997 club and chart tune - for some reason I thought it was older! For ages when this came out, as I remember, the actual identity of "Blue Boy" was a mystery but since then it has emerged that he is in fact the DJ Lex Blackmore. This was his only big hit as a main performer but what a hit! Still dope today, and if your neck isn't moving when you hear this, it had better be in a brace :o)

...and here's the original sample. This info is already out there so I'm not blowing anyone up here :o) I've only played the very end of the track, starting from the "remember me" sample, but the full thing is about 10 minutes long and definitely worth hearing. Marlena Shaw is probably best known for "California Soul," and is still performing today! I missed her last time she was in Manchester but need to try and catch her live.

Just picked it out while going through records this month and after giving it a quick listen thought it was worth a spin!

Dedicated to all those in Japan; this is a sombre piece from "A Tale Of God's Will," New Orleans trumpeter/bandleader/composer Terence Blanchard's score for Spike Lee's masterwork "When The Levees Broke : A Requiem In Four Parts." Absolutely brilliant album that I'd recommend to anyone for a listen, especially if you fancy a change of pace.