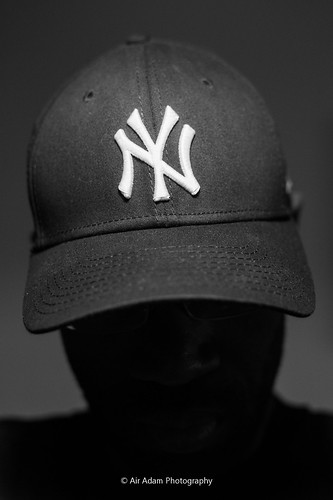 "A cloudy brain, train tracks but there's no train..."

This month's episode slotted together really nicely I think, and I managed to get a couple of tracks in that I'd been saving or struggling to fit in in previous months, so I'm really interested to get your feedback!

As mentioned in the show, don't miss out on the chance to see EPMD live in Manchester on June 7th - tickets here! Also, do check out the Rhyme & Reason site, group, and podcast, good work over there!

With the brothers from Brentwood, Long Island getting ready to visit Manchester, there were a bunch of well-known classics I could have chosen from, but I decided to go with a deep album cut from the 1992 "Business Never Personal" album, working an 80s rock B-side sample. EPMD have a history of finding the funk in that kind of material going all the way back to the ZZ Top and Steve Miller Band replays and samples on "You're A Customer" from their debut album.

As always, Alchemist digs deep in the crates for the source material that makes up this instrumental version of the Freddie Gibbs-featuring cut from Curren$y and Alchemist's "Covert Coup" project. Youngsters, pay attention - sampling dodgy Youtube uploads isn't the way! :)

A classic bit of unreleased Ghost, which didn't see the light of day properly due to a problem with clearing the Barry White sample which provides the material for the beat. Thank goodness for white labels! Ghost is one of the more imaginative MCs out there, and here you have him having an argument with his watch (played by Raekwon), and his watch criticising his then-recent career moves. Crazy concept, but they make it work.

Switching things around, now we get Rae taking the lead, and a track about a watch! Raekwon's 2003 "The Lex Diamond Story" LP was patchy but had a few cuts I really enjoyed, and this was one. Mizza takes a well-used sample and keeps it pretty basic to allow the MCs to flex their street storytelling muscles - shout out to the supposedly wheelchair-bound man in the club who gets up and runs when the gun goes off :)

Decided to keep a little chain going, by playing a song using the same sample as "Missing Watch" but chopped in a different way. Taking it back all the way to 1998 here, this 1998 track from Rasco's debut "Time Waits For No Man" is produced by Fanatik and features the legendary scratch DJ D-Styles on the turntables. A solid pick from an era of very strong independent Hip-Hop.

Truth be told, I was looking for another remix of this track, but just couldn't find a legal copy for purchase! On the other hand, this one probably fits a little better in this spot. The "This Is What They Meant EP" gives you a few versions of this cut and the instrumentals, so with the availability of digital downloads you can pick and choose to get the variants you want.

Bringing proceedings over to the UK, we have here a nice beat from the prolific producer/remixer (and Dr Syntax collaborator) Tom Caruana, taken from his "Instrumentals Vol. 4" release. I remember meeting Tom when he played at a "Go Dumb!" party a few years back, and it's always good to hear quality work from him.

Layfullstop is an extremely promising artist on the Manchester scene (originally coming from Birmingham) who is part of the up-and-coming group Cul De Sac as well as a gifted soloist. She's one of the rare examples of someone who can sing and rhyme equally well, and this soulfully-produced track gives her the chance to do both! Definitely someone to keep a keen eye on.

Subtle but deep bassline, crispy drums - Kev Brown trademarks! The "I Do What I Do" album has it in spades, not least on this track featuring fellow Low Budget artists Ken Starr (no, not the lawyer/prosecutor) and Quartermaine (no, not the civil engineer). Add to that the little pieces of piano and guitar, and you get an overall jazzy feel. One thing that stands out on a modern re-listening - given the way production tools have ended up going, I wonder if the sentiment of "computer programs that don't slam" is still there?

Kev Brown on the beat again, with those squelching noises reminding me just a little bit of DJ Spinna. It's no small matter to get the nod to produce for Grap Luva, who is a highly-talented producer himself and of course, also the brother of Pete Rock. Despite Grap's long history in the game, it was 2011 before his first solo project, the "Neva Done" EP was released, and at only $7 on Bandcamp it's a worthy pickup.

K-Def is one of those producers whose name and catalogue are only familiar to the heads that dig deep into Hip-Hop (despite being responsible for tracks like "Chief Rocka"), and he's highly respected in production circles. That's what this podcast is for though - now you know about him too :) With the use of the accapellas of Jay-Z's "American Gangster" soundtrack, K-Def flexed his beatmaking muscles to give us the "Real Live Gangster" remix album, from which we draw this excellent bit of work. If you pay close attention to one element in the track, make it the guitar - it's actually a very famous funk sample...backwards.

The vocal version is an anti-social tour-de-force, and with it being a track I wasn't sure I'd ever get round to playing in full, the opportunity to at least drop the instrumental had to be grabbed - in planning, I was working backwards from my chosen closing track and this ended up being a good choice to precede the third segment. Agallah goes full on rock here, taking some big samples and then beefing them up heavy on the low end, plus adding some solid drum programming of course. Get the original cut on the "Road To The Riche$" mixtape - it's one we'll probably revisit in future.

One group no-one could ever accuse of biting - I truly thought their "New Life 4 The Hunted" album, from which this is taken, sounded unlike anything else. The processing on Sharon Williams' lead vocal slots it in masterfully with the amazingly varied palette of instruments in this slow and low number.

Harry Fraud : How U Feel

I heard this instrumental from Brooklyn's Harry Fraud on his "Blue/Green" EP, and thought it was a great piece; I didn't realise until much later that he'd previously given this track to someone to rhyme on. Truthfully...this version without the lyrics is a mile better.

March's "Alwasta" (very loosely translated: "the hookup") is apparently the first of three planned releases this year for Oddisee, and it's a promising start! On this, my favourite track from the EP, he covers the struggles as a member of the Somalian diaspora sending money home to people who need it and the post-9/11 climate of suspicion against people who almost without exception are going about their business contributing to the country where they live. When you consider that he self-produced this as well as writing and rhyming it, you have to give Oddisee all the respect.

Lullaby for a swanger? The low speed and gentle keyboard sounds give it that end-of-the-night feel, but the banging bottom end reminds you that this is Texas, after all. Platinum Hands cooks up the beat for one of Houston's rhyme veterans, Trae, for this track from the "Undisputed" mixtape.

I realised when doing some looking over the archive that this is the second time I've blended Trae with Photek - the first time being on Episode 49, one of the classics if I do say so myself! This cut from Photek's sophomore "Solaris" LP has the feel of living in the 70bpm rather than the 140bpm world, and is just a broody, booming killer piece of production.

I saw a video posted on Facebook (I think) recently titled "If Michael Jackson Made Trap Music (Part 2)" and it had me rewinding and laughing hysterically! The video was low-budget and very much in the style of a lot of trap videos, as was the beat, and the song was hilarious. As I rewatched, I realised that...this guy was kind of nailing the MJ impersonation - as much as a mortal can, of course. The vocal style, the adlibs, the dance moves and physical tells were all being done really well, and I found myself wanting a full-length version. It turned out one was on the way and I got the free download, followed by a commercial version on iTunes. The full release got a new video which was more polished than the original...but I still prefer the first version :) As for the premise - if MJ was still with us, it could have happened! He did rock on "Thriller", New Jack Swing on "Dangerous", and had a Biggie verse on his final album while living. Who knows?