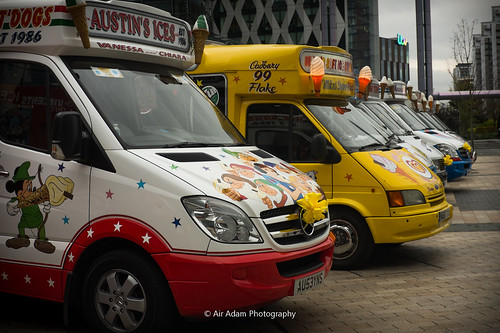 It's an all Hip-Hop month, but we've got at least three different languages, three decades, and skills across the board! Some serious pieces for you here, no wackness or weakness permitted. Let's get it cracking...

This beast of a tune has been blasting in my headphones all month! For those that don't know, "haraam" is an Arabic word used in Islam meaning "forbidden," as compared with "halal" which is "permitted." Sean drops the reason for the title in the first verse, then proceeds to carry on beating the hell out of the Team Demo track. I'm a bit salty I had to pay extra for this one though - it's only on the iTunes version of the "Mic Tyson" album, so even though I bought the CD I had to buy this tune separately, and I think it's one of the best in the entire package!  Had to put this one at the start just so I could include all the samples of the ill Peter Tosh press conference where he airs out his label :)

A lot of people get caught up in the media hype and forget that at the heart of it all, Kanye was and is an extremely talented Hip-Hop producer. Here he does the business for one of the lead tracks from Scarface's "The Fix" album, perfect for one of the Houston legend's crime tales.

From the "Warning Shots 3" mixtape, Saigon spits some serious judgemental fire on those within the community who he would consider in different ways are damaging it and its children. Scram Jones supplies the Temprees-sampled beat and the combination is a winner. That 70s feel mixed with the lyrics kind of reminds me of Goldie in "The Mack" telling the kids not to be like him...

"It's as good as gone, it's as bad as here." Been a good few months since we last visited this album and it just so happens that my second-favourite track on there formed a nice bridge between the Saigon track and the next one. Evidence and The Alchemist come correct again with a nicely cooled-out record and bring in a couple of Los Angeles underground(ish) mainstays to help out on the mic.

I've got another IAM track I'm saving for a future episode, but right now peep this one from Marseille's finest, a crew that have been together since 1989. This is the second track on the "Strategie D'un Pion" single/EP from 2004, and while I personally can't understand many of the lyrics, they just sound so good. There's a lot of good material out there that's not in English, the trick is finding it if you're not plugged into the scenes. I'll take suggestions if anyone's offering :)

While the song I really wanted to play here was "Motion 2000" by Polyrhythm Addicts (too fast), I think this is still a good fit. This was effectively the title track from the 100% classic mixtape "Soundbombing II" by J-Rocc and Babu of the Beat Junkies, who expertly blended a collection of great records of the time from the Rawkus label. Oh yes, I would like to stake my claim as probably the only person to bump that tape while rallying a Trabant in Hungary. Long story...

Taken from a collection of beats that was circulating in 2003, allegedly a set from 9th Wonder that was submitted for a possible placement on Jay-Z's "The Black Album." As it happens, none of them were selected, and instead Jay asked 9th to flip an R.Kelly song, which became the track "Threat."

I'd be lying if I claimed to be a follower of Wale's music, but somehow I stumbled upon this track from his "The Gifted" LP, and think it's quality. Rhymed from the perspective of Jesus, Wale speaks to those who profess to be religious but for whom it goes no further than flaunting a jewelled, golden medallion. Virginia's Lee Major (not to be confused with Manchester's Lee Majors!) kills the heavy church-infused beat - it's the vocals within the track itself and the little keyboard bass runs that do it for me.

I'd say this track is somewhat reminiscent of DJ Jazzy Jeff and Big Daddy Kane's "The Garden" in spirit, and Ras Kass is more than worthy to carry that flame on. Deep album cut from the new collaborative "Blasphemy" LP (which was to be titled "How To Kill God" until Apple said they wouldn't stock it in iTunes with that name), the Apollo Brown beat is suitable regal and Anaheim's inDJnous cuts up DJ Premier's voice with skill. In fact, that's something of a role reversal for Premo, who would usually be doing that to someone else!

Friend of the show Kataclysmik put me up on the free "Floral Print" album from this currently-unsigned Queens, NY-based producer turned MC, and this was easily my favourite track on the first listen through. ARXV and Bub Styles are new to me as well, but all involved make this dusted-sounding track work. Extra points for the Ghostface sample in the hook :)

Hadn't heard this one for ages, but was reminded of it recently and had to go and buy the MP3! Apologies for the sound quality - not quite sure what happened there. In keeping with the spirit of the show, do head out to get yourself a copy of the "BEGBORROWSTEEL" album; Count Bass D is a talent to be treasured.

Terrace has put together some banging beats in his time as a producer, but on his "3ChordFold" album he goes on a fresh tangent, going jazzy with it - and it works! He dedicates this track to his daughter (Akai - perfect for a producer's child), and brings in 9th Wonder and Craig Brockman to work their extra magic on the production. So, so fresh.

Going obscure but dope to start this section! I don't have any Nigerian Hip-Hop on vinyl so went on a trawl around Bandcamp, discovered this tune on a compilation, and thought it was worth a spin for you all :) It's rhymed in Igbo, and while I don't understand the words I respect the flavour - apparently they are doing the business though. Beat-wise, it's got a late 90s-early 2000s feel, very reminiscent of Nick Wiz's production on Shabaam Sahdeeq's "Soundclash." As for the title, I've heard it described as "changes" or "converter," something in that vein - any listeners want to get in touch and tell me more about it?

Shout out to the man DJ Mathmatics! A 90s classic from an album ("Black On Both Sides") which, truth be told, I don't rate as much as many others do! DJ Premier has his signature all over the beat while Mos talks about the world and works numbers upon numbers into the rhyme. Decided to keep the theme going with...

...a track I've loved for years! I was just thinking about buying a digital version to play when I wandered into the city centre and found it on a vinyl sampler of the "The Equinox" album for a great price :) Pharoahe and Prince Po are on top form here; "In 40 Projects drinking 40s till I'm 40 with Corley / Truncatin' drum loops with Pauly / On the SP-1200 at twelve-twelve you feel it..." Absolute sickness if you get all the references. The producer is a guy called Casper, who did two tracks on the album but who otherwise I can't honestly say I know - I do really like the beat though, it just fits.

That sample will probably sound familiar to everyone, as it was also used in the intro to a famous party tune! That's just one of the dope samples incorporated into this track, which is an irreverant head-nodder from Jones' appropriately named "Dead Giveaway" free mixtape.

[Vinyl Reanimators] L The Head Toucha : It's Your Life

Bringing thing towards a close with the beat from a great 1997 independent 12" release which had the mighty "Too Complex" on the A-side. Vinyl Reanimators on the beat again with some straight-up NYC boom-bap. I miss it.

Classic comedy intro (that I'm sure at least some of you can relate to!) adapted from some Jamie Foxx leads things off before sliding into a shoulder-slumping remix of this tribute to end-of-the-night pulling, capturing the desperation perfectly! That beat by Symbolyc One (who you may know from Strange Fruit Project) and Caleb Sean (who has since worked with Beyonce and Jay-Z) is absolute fire - great closer to the episode, and to the "Leftback" album, the final Little Brother release.