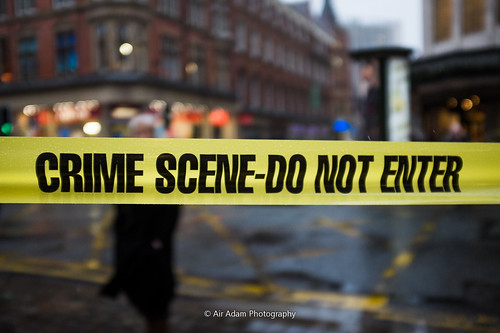 "You killed the god, might as well throw a chair at me."

If the Ferguson grand jury decision had come earlier in the month, I would have absolutely breathed fire through the entire selection - as it is, some of the third main segment ended up influenced by that travesty. I didn't even get into talking about Tamir Rice. Anyway, while a few tracks do communicate some of my thoughts on the whole affair, the selection as a whole has some brand new gems, some tracks to pay tribute to ODB and Big Bank Hank, and a little for anyone who enjoyed the electro era!

Links for this month;

The 2014 Good Podcasts award show, and the Straight To Your Head Podcast.

There was a long period when Ras just couldn't seem to catch a break and in the early 2000s, label and legal drama meant that his "Goldyn Child" album was shelved, which was a great shame. He's just managed to release it for sale on Bandcamp (minus the brilliant original version of the title track) and so I had to pick it up and support. On this cut, the theme from "NBA On NBC" forms the basis, with mic support from Ras' Cali compatriots Xzibit and Saafir. The three were an unofficial group calling themselves Golden State Warriors until the NBA team of the same name sent them a "cease and desist" notice; as just "Golden State," I believe they put one 12" out but for various reasons the planned album never came to be.

Lacks aka Ta'raach : Mann Up

A bonus beat from the instrumental version of the first Lacks album - don't have any back story on it, just a nice beat you're unlikely to hear anywhere else!

One of the big tunes of the last month from where I'm sitting! Im a big DJ Quik fan but have to admit I just wasn't feeling "The Book Of David" LP - however, he's back on form with "The Midnight Life!" This guitar and talkbox-packed monster is a great track musically and a sonic devastator; play it on a good system and just compare it to so many of the under-mixed rush jobs that make up the bulk of the market right now. Lyrically, Mack 10 resurfaces with a solid verse, but there's no-one with a cutting tongue quite like Quik. "And they gotta reapply every year for that job?" Ouch.

Not enough street bangers like this one about right now, and this Brooklyn anthem is helmed by a producer many thousands of miles away from the borough - Queensland's M-Phazes, who brings the huge kick drums through! This is the title track of the "Land Of The Crooks" EP, which is a great pickup if this is your kind of thing. With a heavy beat like this one you need to be careful not to waste it, but Sean P and Billy Danze (of M.O.P) bring the veteran hardcore mic work, and relative newcomer Matthew Ragazino does his thing on the close too.

Waajeed on the production for this shoulder-slumping head-nodder from the Bling 47 camp and extended Slum Village family. The late J Dilla pops in to do his thing on the mic here and as he says, "holla at the boy, he don't just produce beats!" From the "Triple P" album, which isn't super well-known but is well worth investigating.

A fine local product I hope all the listeners worldwide can appreciate! Manchester's Voodoo Black is Dubble O, Ellis Meade, and Sparkz on the mic, plus DJ Cutterz on the wheels, and their second EP ("Outsauced," available on Bandcamp) is a keeper. All the MCs do the business over the ill Pete Cannon beat which has the kind of flavour the NouGold guys would enjoy! Classic sample in the mix driving this one...

Dug up this MP3 of a little beat I made a long while back, at least twelve or thirteen years ago, working on my PC before that was the fashionable thing to do! Long since lost the files for this one, but then I've done a lot more since :)

I first saw/heard this (big Youtube find right there!) on a TV programme called "Solid Soul" back when I was about seven and thought "this is one of the greatest things I have ever heard," and so began a lifelong love of all things from Zapp and Roger Troutman. A tribute to the greats of soul, funk, and R&B, this was an overlooked record only because the same album ("The New Zapp IV U") also contained the runaway classic "Computer Love." Not even a very heavily sampled track as it turns out, so might be worth experimenting with for any producers listening!

Probably not the sound you conjour up in your head when you think of NWA! Owing far more to Dr.Dre's lineage from the World Class Wreckin' Cru than the "Straight Outta Compton" explosion, this is a serious electro workout. Taken from what is sometimes considered their debut, the compilation "NWA & The Posse," this was co-written by Krazy Dee, a Mexican-American MC who originally wrote it as "Hispanic Zone!" (No, I'm not making a joke). Dre talked him out of it, and it became what it is now. That's got to be a suitably obscure-enough fact for you to be glad you're reading these notes.

Afrika Bambaataa & The Soulsonic Force : Looking For The Perfect Beat

I've heard a lot of this tune this month! Second single from Bambaataa, and you have to bear in mind that people simply weren't making records that sounded like this back in 1983! Arthur Baker and John Robie pulled out all the stops on the production, and the video in this article will tell you everything you might ever have wanted to know about the process. Oh yes - someone at the Hip-Hop History event at Leeds City Museum asked Bam if he ever found the perfect beat; he said he was still searching :)

The combo of Killer Mike and El-P are back with a new album ("Run The Jewels 2") and it's probably even better than the first one - and at the grand price of £0, everyone should really have it! This track is my favourite and turned out to be a very timely inclusion for this month's episode (well, any month really), given its focus on police brutality. The great move in this track is the switch to the harder, more hectic beat partway through each verse as the situation takes a downward turn. BOOTS (not to be confused with Boots Riley) provides the hook, and El-P has a great verse, but Killer Mike... he lives up to his name.

Orbital : Know Where To Run

Hadn't heard this one from "The Middle Of Nowhere" in a while, but dug it out while looking for something to mix well with the preceding track and it was a great fit. That fourth Orbital album is underrated in my opinion, but if you like electronic music it really is worth having in the collection.

Fierce track from the second Wu album, with the beat just stomping. Everyone slays their verses, and this month's epigram could easily have come from just about anything GZA spits here! On top of that, everyone who knows this album remembers the kung-fu sample that opens things and comes back at the close - it's from the film "Three Evil Masters," which I need to add to the collection...

Ten years now since Dirty left us. I thought I'd share this bonus track from the CD/digital versions of the "Return To The 36 Chambers : The Dirty Version" album, even though it should have been a bonus just for the vinyl heads :) RZA on production as always, and some classic ODB bizarreness on the mic!

Classic PE from "Fear Of A Black Planet," just the right speed and the right sentiment for this spot. While it takes its name from a 1973 Willie Hutch track, it's sonically a world away and packs in so much more lyrically - as is the advantage of rap. Chuck D in great form on the mic over some of that peak Bomb Squad production, which is a story in itself.

When this track first came out, I taped it off pirate radio and listened over and over -  in my head, I had really vivid images of rioting and chaos. When I eventually saw the video, I was stunned to find it looked almost exactly like I'd imagined! This was the slamming lead single from "The Predator" released in the shadow of the Rodney King verdict and Los Angeles uprising, and much of the album carries the raw anger and rebellion of those times. The track is dense like something the Bomb Squad might have produced, but this beat is co-produced by Ice Cube and Torcha Chamba, who worked on a few West Coast records around that time. To top things off, we have the debut of Don Jagwarr, filling in the role of obligatory early 90s dancehall toaster ;) Heat!

With the passing of Big Bank Hank I figured everyone else was playing "Rapper's Delight" (despite its murky history), so I'd go with something different - it's not as though they only ever recorded one song! My vinyl was pretty beat so bought a digital copy and went with the full length version - there are a few shorter edits out there. In keeping with what Sugarhill Records were doing at the time, the beat is a live band recreation of a record that was being used by the Hip-Hop DJs of the time; in this case, "Daisy Lady" by 7th Wonder, hence the title!