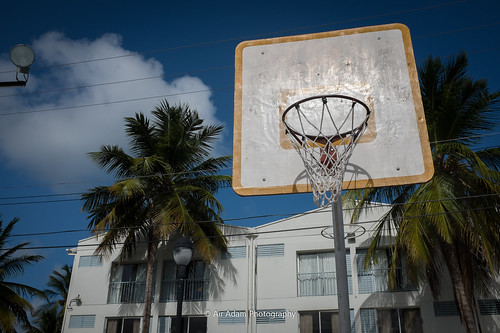 Back from a great two-week trip to Barbados, I'm working some West Indian vibes into the selection this month! Got some nice long blends going too, and a bit of a subwoofer test :)

Only one link up in this section this month - leave me a drop from the comfort of your own computer!

Starting it off with a classic! Dawn Penn recorded a track called "You Don't Love Me" back in 1967, before taking a break from the music industry in 1970. She came back to the scene in the late 80s, and in the early 90s reprised the '67 track with more of a contemporary dancehall feel - still the same soul though! Lisyen back to that original, then come back and enjoy this one - it just goes to show that when it comes down to it, songwriting and vocal talent are portable and enduring, fads and trickery are not. Salute!

Big up Andy Peek for playing this 12" at In The Loop one month! Scram Jones (credited as Marc Schemer) takes the intro of the Dawn Penn track and bases his own beat on it, and then Jae Millz rhymes around the "no, no, no" interjections - not a unique idea, but a well-executed one. I don't know if Millz has any Jamaican background but the video is shot there and he's rhyming in front of the flag for parts of it! Despite having been around on the fringes for years, he's just now getting ready to put out a debut album - with the Young Money crew though, so possibly not as much my speed sonically as this track is. This is a nice record, though one where the beat definitely outshines the mic work!

Big Scottish/Canadian combination, I would never have come across this record if I hadn't heard DJ A-Up and Agent J drop it in a club to serious effect! Very electronic, nothing acoustic sounding in the whole track, booming kick and handclaps taking the place where many hi-hat patterns would normally sit - while the hats here go independent :) Great track from the "Tnght" EP, which is only about £3 as a digital download if this is to your taste!

Anthemic dancehall track from St.Andrews Parish (JA) native Assassin, expounding on how much the women love him! Big tune on the "85" riddim by Dave Kelly, also heard on Baby Cham's "Ghetto Story," which is definitely better known around these parts. There are 7"s of this one around for very reasonable prices, so this is one for the dancehall DJs to grab.

Run The Jewels : Get It

Good test for your bass setup right here. El-P and Killer Mike combine here for some unadulterated hardcore from their eponymous free mini-album. All kinds of low-end kicks, and listen out for that repeating/echoing snare drum - it wouldn't be half the track with a normal one there.

Love this record. The Salih Williams beat is an absolute monster; as I said many episodes ago, built around that little guitar sample, but that bass is what most people will remember! Houston's Paul Wall had this as the first single from his solo debut "The People's Champ" after he parted ways with Chamillionaire. One thing that did stay the same (in a good way) was his lyrical content - no nations being uplifted, just stunting like Lee Majors in "The Fall Guy!"

First became aware of this one when the sound system Mighty Crown dropped a special of it during a soundclash I was listening to. That snare is so intrusive and crunchy on the high end, it snatches your attention almost as much as the Wild West whistling running through the intro! An unexpected, unusual, but excellent cover version of the legendary Michael Jackson track from the UK-born, Bronx raised Shinehead.

A treat for the steel pan fans! Tenor pan getting busy here on those rolls with a Caribbean take on the well-known Lalo Schifrin spy theme. The Dragonaires have been going since 1950 with Byron Lee passing in 2008, and always had a rep for being able to play any style of music; with that in mind, it makes sense that they could take this track and make it extra-hot! You can get this on the 1997 "Socarobics" album, along with a lot of other flavour :)

The first of two critiques (to say the least) of the police, and as it happens they're both out of Detroit. Here we have Guilty Simpson with a short but crushing track from his 2008 debut "Ode To The Ghetto" album, going in on the police for their well-documented racial profiling and the kind of laziness on the job that leads to real criminals snitching and walking while others take the fall. The somehow busy and bare beat comes courtesy of Madlib, on fine form.

This will be much better known to most heads than the Guilty Simpson track - in fact, some people will know this even better than NWA's certified classic "Fuck Tha Police" from 1989! Dilla wrote this at the suggestion of his mother, who put the idea forward after seeing him suffer from constant police harrassment. You can find this as a 12" with the incredible "Move" on the B-side, and it's a must-own.

Wanted to go with "Who Protects Us From You?" but as it wasn't close to a speed match, I went for a different track from the same album ("Ghetto Music : The Blueprint Of Hip-Hop") that was a better fit in terms of tempo and composition. Don't be fooled by the relative smoothness of the beat, the drums knock and KRS is on battle mode on this one.

I'm a big Black Twang fan but wasn't totally sold on "The Rotton Club" - this was one of the body-moving standouts though. Tony Rotton self-produced this one and it bounces along nicely in a stripped-back kind of way!

One of those tracks where I'm really unlikely to play the vocal (it's not actually that good), but the beat has the little charm of sampling a recognisable 80s song...which I won't reveal here since I think it might be uncleared! I think this is a 12"-only release, but the A-side isn't really hitting so only pick it up if you need this track.

I was looking for some contemporary Bajan hip-hop to play, and so far as I can see this is one of the guys making the most noise right now. It's a little commercial sounding, and fits in with the mainstream American vibe - I was a little surprised, but I'm not sure why. As such, the lyrics aren't especially complex but if you're anything like me, you can hear that there's something he's holding back! If you like this, there's more on his "Dream World" album.

Next up is UK Bajan Konny Kon, alongside Chuck Nubian, exchanging ill flows and lyrics over a beat by Finimo from the "The First Connect" EP - on Skullsnap Records as it happens! For those that don't get the reference, an old-school funk group called Skull Snaps recorded a track called "It's A New Day" with some legendary drums which have been sampled many times, and the record itself is a collectible. Anyway, this is a fine bit of UK Hip-Hop, and the EP is worth putting on your wantlist!

You may not know this but Flash is a 100% Bajan, born in Bridgetown, and so the country can feel proud of their contribution to Hip-Hop's foundation :) This is an extremely important record which I'd been meaning to play for those who aren't deep in the scene and might not know it; it's really the first record to display the particular skills of Hip-Hop DJing, and was mind-blowing at the time. Flash insisted on recording this live, using three turntables, with no editing, multitracking, or other studio technology - real rawness. This is one of the most revolutionary records of all time.

I was looking for something funky to go alongside the "Good Times" sample the Flash track was based on, and found this tune in my collection that I'd never heard before. Nice little cut from the 1981 "Tenderness" album, one of two they released in the same year!

This was probably the big tune of Crop Over in Barbados this year, the kind of soca tune with a hook that really lives up to the name - sticks in your head and can't be removed!  Whoever Gorg's woman was, she was cold for taking those Jordans*. That's unforgivable.

*apparently the woman is real, but the Jordans stayed. Also, he stretched it to get that rhyme to work.