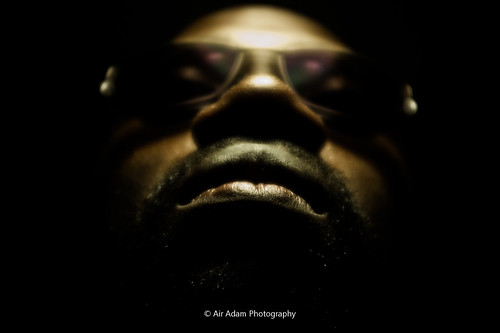 "...and I'm scared to communicate over the phone."

Back once again! It's been two years since KMG of Above The Law passed away, so I've got a couple of great ATL tracks in this month's choices. Overall, we have a few recent releases and some gems that I think really have been overlooked. Maybe next month will be the one for the sunshiney summer selection, but for right now...

I've been waiting for summer to come so I can play this! Dark track from the Brownsville MC and producer, one of my favourites from the short (but not sweet) "Grief Pedigree" album (find a video of the whole thing here). Don't be lulled by the hook - he packs some serious rhyming skills into the two verses, and backs it up with a subtle, almost drumless production. It's the opposite of the average Hip-Hop summer anthem, and with good reason; he has pointed out himself that the summer is actually when more bad stuff happens, since everyone is outside and there's more chance of confrontations. DJ Jazzy Jeff and The Fresh Prince this is not.

Knowing that there's little Hip-Hop at the speed of "Summer" which would mix with it, I went to my soul/jazz/other shelves and heard this particular track for the very first time - I knew it had to work. It's sped up a reasonable amount but hopefully not enough to take away from the feeling. Bob James has been sampled over and over again, but this is from a 1990 album ("Grand Piano Canyon") which probably hasn't been used much. After doing a little internet reading to look for interesting facts about this record, I found that apparently this is Guilty Simpson's favourite song of all time!

Back with the dark sound, and maybe te lyrics to a certain extent. I do wish it was a little longer, but maybe the brevity makes it more concentrated. You'll find this self-produced killer around the middle of Redman's sophomore album "Dare Iz A Darkside," one widely respected by those in the know - although as it happens, Redman himself doesn't like it for personal reasons.

Coming out of Brooklyn, Njena is an MC with an interesting history - accepted into Cooper Union, after completion she decided to forsake the traditional fine art world in favour of picking up the mic! Hopefully it all works out, but based on this she certainly has the skills. She sinks deep into this laid-back track and gets what she wants to say said in under two minutes, just as GZA would advise :) I got this free from her Soundcloud account - keep an eye on it!

In another example of life changing directions, Oakland's Quentin Thomas had a great run on the ball court, all the way up to a national championship with the University of North Carolina, before switching careers. He had to battle the negative stigma of "ballers who think they can rap" before winning over 9th Wonder, who took him under his wing and onto the Jamla Records label. I'd not heard of him until his name and the title of his latest album "Rated Oakland" kept bubbling up on my Twitter feed, so I went and had a listen and was very impressed! I could have played any of a number of tracks, but this ended up winning out - produced by 9th himself, and featuring Little Brother's Big Pooh and South Central LA spitter Nipsey Hussle. I can relate to the end of that last verse...

Was struggling to work out how to end this little mix but ended up finding this one on my CD of the "Brooklynati" album, and it fit pretty well (could have done with a longer intro though). This is a great story of the everyman rhymer, rather than the superstar talk you often hear, talking about the scraping and sacrifices that are often made to pursue a music career. The production by Brick Beats is nice, but the lyrics are the clear star here.

Found this one on a scouting run through Bandcamp, as just one of thirty-eight beats on the "Pure Dopeness Vol.11" beat tape from worldwide producer collective Sinoptic International. This particular beat is out of New Jersey, and is chilled out and low-slung enough to match the previous track and the next...

Slum Village : Forth & Back (Original)

Bit of a summery vibe here before we take the temperature down for the next few. This is the original "Forth & Back" from the "Fan-Tas-Tic, Vol.1" album - an album which itself has many, many supposed versions. I actually prefer this to the more well-known version on "Fantastic, Vol.2," but then it's pretty impossible not to like! Signature Dilla production of the time, with the laid-back vibe and the handclaps.

Above The Law : Marvin

I only wish the mixing/mastering was a little better, but easily one of the best tracks on the "Forever : Rich Thugs" album. The late KMG definitely has the best verse, writing with a little paranoia and a sense of trepidation of the modern world; makes me wonder what he'd make of today's current events. Cold 187um puts a more hyped verse in but really makes his presence felt in the production, a late-night creeper of a beat accented by the voice of Marvin Gaye through the hooks. Quality...just deserves better sound!

Had this one stashed for a while, and this month I find a chance to use it in a winning combination with two other great tracks. J-Live deftly rhymes from an 5% perspective, taking on the evildoers of the world - the 10%, according to their lessons, and slips all kinds of NGE references into the lyrics. The beat is dark, subtle, and minimal without being minimalist, great work by Grap Luva. This is just one of the quality tracks on "The Best Part" (another 5% reference there!)

DJ Skitz : Fingerprints Of The Gods

A true UK classic. I actually dropped Skeleton's verse from the end (sorry), but that should be an incentive for you to check the whole thing! With so many great MCs  and the beat changing for each one, this could easily have been a set of different songs but instead this was one monster track. Originally released as a single in 1998, it's also available on the "Countryman" LP which is an essential if you can find it - a masterful collection. Back to the sonics, as much of a Phi Life Cypher fan as I am, I think Roots Manuva takes it here. "I used to want the Queen's heads, now I want the crown?" Serious! He does also benefit from having the best beat on the track; the section in the intro with the high piano part and Vegas cutting over it still sends chills up me even now.

Just a little instrumental from the brilliant "Brace 4 Impak" album which feels fresh but actually came out all the way back in 2001 :) Even though the full version this was far from my favourite cut on there, it'll still bury a lot of records out right now!

Above The Law : Ashes To Ashes, Dust To Dust

I don't know if this is now a full-on rarity, but it's definitely not well known. From the 12"/EP of "Kalifornia," we have some back-and-forth rhymes from the highly underrated mic duo of KMG and Cold 187um over one of Hutch's gangsta funk beats. The talkbox hook is kind of crazy, though I can't say I can make out most of the words... The "Kalifornia" 12" is definitely worth having if this is at all your style - somehow, the title track is actually the third best thing on there out of three!

Brand new track from the "Mega Philosophy" album, just released this Monday. The whole album is produced by Large Professor, which alone should be reason enough to check it out, but of course it's Cormega's album and he's settling more and more into the veteran role, which definitely suits him. I think this might be the most instantly-accessible track though, with Rae on the criminology rhymes on the first verse and Mega bringing it home. Definitely peep the album.

Those drums are just killing it. The percussion line is super-busy in the go-go style, and for that you can thank Rich Harrison - it should slightly remind you of the drum work on "1 Thing," which is also on the "Touch" album. Amerie (now Ameriie) is a seriously underrated artist, and if you've passed by her records before I'd really recommend going back and giving them a try. Here, she unleashes her surprisingly powerful voice to be heard over the hectic track, and knocks it out in fine style.

Maybe a bit gentle for some, but you've got to appreciate it for its integration of the Dilla beat for Pharcyde's "Runnin'." It does add all kinds of strings and lighter touches but at its heart, the drum pattern and the loop of the Stan Getz/Luiz Bonfa sample keep the blood pumping. I can't remember what made me pick up Mya's "Moodring" LP years back, but I do think it's a quality record - the rare modern(ish) R&B album that finds a home in my collection. One aside; your ears aren't tricking you, this track does actually get louder as it goes along! I actually re-recorded the mix once as I thought I'd been turning up the wrong tune...

Picked this one up on Record Store Day this year and both sides were quality! Visioneers is a studio project, a pseudonym of Marc Mac from 4Hero and you can always rely on him for something interesting. This of course is a cover version of the famous Ronnie Foster track that's best known for being sampled on Tribe's "Electric Relaxation," but with almost a Latin flavour on the rhythm. The flip of this 7" has a cover of "Smilin' Billy Suite" by the Heath Brothers, which you'll recognise from Nas' "One Love." Actually, I've just realised while typing that both of the sampling records I mentioned were produced by Q-Tip!

Made me smile and nod in agreement! If you've ever travelled on a plane, at least one of these short songs should make you do the same, or even make you adjust your behaviour ;) The final pick this month is from Jean's recent release "That's Not How You Do That : An Instructional Album For Adults," a set of short songs offering advice on how to get along in the world! Listen, laugh, and fix up!