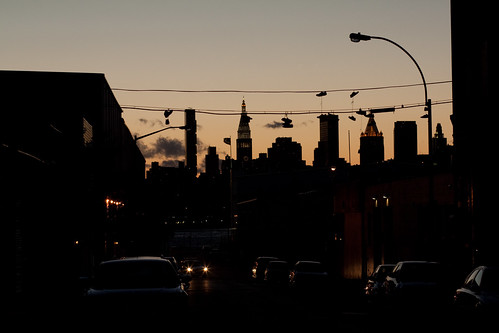 March is here again, and so we celebrate the life of the great Biggie Smalls. Spread love, it's the Brooklyn way!

Here are the links for things mentioned in the show;

EPMD tickets? If you're in Manchester (or anywhere within reach), you really should...

The podcasts I mentioned were Peer Pressure Radio (the URL for subscription is http://feeds.feedburner.com/peerpressureradio/INMq) and In All Airness - both great listens!

Definitely preferred this to the first remix! Rashad Smith and Puffy throw out the smoother vibe and go with a stripped down instrumental based on the same break as Marley Marl and Craig G's "Droppin' Science," somehow more fitting for Biggie's raw take on his way with women.

Just dug this up on a white label I had hanging around - sound quality isn't the best but hopefully you can appreciate it all the same. While I actually preferred the DJ Enuff-produced original (also on episode 30), this is just trying to do something completely different sonically, harder and darker.

One of the best beats ever, not in needless complexity but just in that...ugh! Easy Mo Bee kills it with that one-note guitar sample pitched up and down, and possibly the greatest drum sounds you'll hear anywhere, programmed just right. Every aspiring Hip-Hop producer should study this beat.

One of my favourite remixes of all time, with a classic Biggie verse leading things off. The beat is only slightly tweaked (hell, there was nothing wrong with it), this version is all about letting the MCs get busy. Craig Mack (second verse) was a decent rhymer in my opinion, but at best he's the fourth best on here - though looking at the lineup, there's no shame in that! This track also has one of my favourite Hip-Hop videos, a minimalistic masterstroke from Hype Williams before he went fisheye crazy, and if it's to be believed, then the cuts on here are courtesy of Funkmaster Flex, putting the icing on the cake!

With EPMD coming to the city in April, I had to include one of their tracks this month. This was the first single from their fifth album, "Back In Business," which as you might expect from the title was the first one after their reunion. At the time, everyone was just ecstatic to hear Erick and Parrish together again, and this Erick Sermon and Rockwilder-produced track was a great one to come back with. For those that don't know the old skool (note : that's before Run DMC :) ), the hook is a direct reference to the Funky Four Plus One's 1980 single "That's The Joint" - know your history, kids ;)

Find of the decade! Let me qualify that :) I first heard this on Radio 1 in 1996, but as far as I know they never mentioned the track title or the artist, so I just had it down as "Riders Of The Storm." I spent a long, long time trying to find out what it was, using every method I could think of to search it out, but to no avail. This year I decided to dig the tape out, record a bit, and mail it out to DJs I knew to see if anyone recognised it. No-one knew the record at all, but Agent J of Groovement correctly identified the main sample, and then Obelix of Too Many Cooks worked out the artist and title! Great work by those guys, Barron Ricks and Angelo Campanioni on the mic and Cypress Hill's DJ Muggs with the dark and sinister beat. Turns out that this track was only released as a promo 12", which I splashed out on as soon as I found a copy on Discogs. Unfortunately, the album went unreleased by Sony after they handed it in and the duo broke up shortly after. Crying shame, because if they had anything else like this, it would have been a really quality LP.

The Notorious B.I.G ft. Beanie Sigel, Black Rob, Ice Cube : If I Should Die Before I Wake

Tracks like this feel a bit unsettling to listen to in hindsight, given what happened to Biggie. It's also one of the tracks that was constructed around his unreleased lyrics posthumously, but one of the best I think. The "Born Again" LP this comes from is unfortunately (and understandably) pretty patchy but has a few good bits, this one included. Charlemagne, Coptic, and D-Dot cook up a beat that could easily have been on "Life After Death," and the MC roster is one that definitely makes sense - if anything, Ice Cube is the wildcard but easily the best.

Manchester material from one of my favourite MCs on the scene right now, alongside the man Pro P on the beats; both these artists are being really productive and coming out with polished material. This is my early favourite from the newly released "Omega" LP, and has the characteristic darkness that these guys can summon up at will. You can name your price on the album, so check it out and see what you think!

Another Large Pro beat - only occurred to me after I'd recorded it all! Head-nodding 12"-only release, this is the B-side to "The Beginning," which is an ill track indeed.

A nice beat from DJ Premier, but an unusual one structure-wise; even if you don't study these things, you might get the feeling! Easily one of the standouts from Nas' "Stillmatic" LP, and one of those tracks that for me show clearly why he's one of the greats. The stories of people stuck in their lives and not moving on ring very true, and the music behind him has a kind of bittersweet sound to it. I will always, always take Nas over Jay-Z when it comes to the rhymes...

More Manchester for you! Mainstay of the scene Konny Kon combines with Tyler Daly for this track which is actually just a demo - but that hasn't stopped me having it on repeat since I got it from their Soundcloud! They self-produced this track and the music is just beautiful, and will only shine more with a final mix. On the lyrics, Konny is smashing over buildings on his verse, and I can't get enough of Tyler's hook. When this album is mixed and released, it's definitely going to be one to check for!

Love with bass! I last visited the "Transient" LP on episode 9, so I think it's fine to head back for more :) This album closer is one of the top tunes on there, downtempo and gliding. Just to mention one small point of detail, this is Exhibit A on when to use a shaker rather than a hi-hat in the rhythm track - listen and imagine it had been done the other way.

Bit of a change-up here with some D&B which manages to be sparse but kind of luxurious at the same time. One of the select few five-star tracks on my iPod, it's one of the best tracks on Source Direct's "Exorcise The Demons" album which has darkness aplenty. Those of you who listen to D&B regularly (I honestly don't) might have a different opinion, let me know!

This might be far from the biggest track on the "Business Never Personal" album - which I have a horrible feeling may have been deleted - but I've always liked it since it flipped my wig back in the pirate radio days! All about that second section with the beat change, and the amazing DJ Scratch cuts. EPMD got through a lot of DJs in their time (K La Boss, Diamond J to name but two) but when they got Scratch they stayed with him. Good move. Besides being a ridiculously ill DJ, he also carved out a very respectable career as a producer, which basically means everyone in the group is top shelf on the beats :)

Freak L : When The Pen Hits The Paper

Now this is seriously obscure! I heard Dan Greenpeace play this once on the radio, but I'd never heard of the artist before and hadn't seen any records around either. When I eventually came across it in Fat City years later...snatched it up! This is the B-side (yes, it wins again) from a 1988/89 12" which was produced by Vandy C but was mixed by the late great Paul C. SP-1200 goodness all around, with absolutely stacks of samples thrown into the mix - none of which I'm telling if you don't know them, since I doubt there was any clearance! Freak L only put out a couple of singles, but that's two more than most, and he shows his mettle on here.

If you're a long-time listener, you might have caught a chunk of this on episode 12 when I did a whistle-stop tour around the "Stunts, Blunts, and Hip-Hop" album, but it fit well here and I thought the whole track deserved an airing! Diamond is a production legend in his own right but for this remix he brings in Mark The 45 King, and this is just vicious - the relentless bassline makes it.

A nice little funk/disco workout which closes the 1978 "C'est Chic" album, though this was also on the B-side of the "I Want Your Love" single. Nile Rodgers and Bernard Edwards hold it down on the guitar and bass, and Tony Thompson on the drums gets that little extra accent with the claps on top of the snares. Not a big hit as a track by itself as far as I know, but a great tune!

Note: The interview segment you hear in front of this comes from the Juan Epstein podcast, it's well worth listening to the whole episode!
This track was before everything you ever heard, a 19-year-old Biggie slaying the mic on a demo with the then local DJ 50 Grand on the turntables. When Big Daddy Kane's DJ Mister Cee heard it, he loved it and played it for Matty C of the Source who then got B.I.G into the "Unsigned Hype" section, which was then read by Puffy (or Diddy, as you may know him now)...and the rest is history!