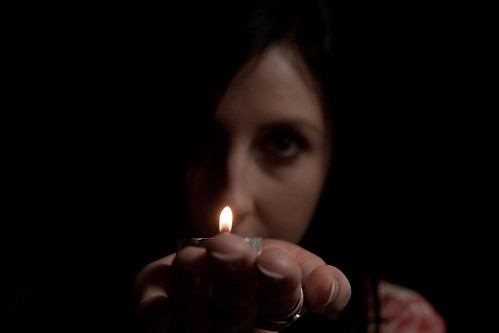 It's February again, so once again we remember J Dilla, Big L, and Big Pun, as well as Donald Byrd. Sadly, we add a local name to the roll this month - the man known as Salford John. Each of these men gets their moment in the selection; I hope you find it worthy.

Claaassic. In a gathering of hardcore heads, this one will always get the heads nodding and someone rhyming along! I was working out which Big L track to play this month and a video I was shown recently made the choice for me, though this track really focuses on racial profiling. L snatches the starring role on this brilliant A-side, but both MCs get busy on the eerie DJ Premier beat. Nighttime track for sure, you can find this on 12", Big L's "The Big Picture," or DITC's debut album. No excuse to miss it really!

Bit of a horror-film sounding beat from K-Def's "Beats From the 90s Vol.2" vinyl, useful one to have for the DJs and beat connoisseurs :)

"95% alcohol, 5% cancer?" Serious! I first heard this on Radio 1, I think it might have been Westwood's show by then (when it was good), but can't really remember. That little ringing sound in the Showbiz beat caught my ear, and it's just straight head-nod 90s flavour. All the verses are dope, but of course it's Big Pun's aggro closing verse that gets this on the show this month. This was one of his first appearances, and this classic B-side (to "Envy") had him blazing with the hunger of a new MC aiming for the top.

They're back! DJ Spinna (easily one of my favourite producers) and Kriminul return from a long hiatus with this track that was kindly made available for free on Spinna's Soundcloud. It's the first peek at the forthcoming "Resurge" EP, so be sure to support that when it comes out.

The "Metropolis Gold" album is a bit of a mixed bag to say the least, but besides the two killers "The Actual" and "Priceless," I found this low-key boom-bap piece I thought would be worth sharing. V.Black on the beat with an assist from DJ Premier on the mix, it's just that 90s filtered bassline flavour with a sprinkling of piano. If you see the album cheap, grab it, but as I say it's patchy so don't overpay!

This month, for twenty-four hours only, De La Soul gave away their entire catalogue for free download (I posted about it on my Facebook page!) and when I was flicking through the files, there was a collection of remixes that included this version I didn't know. As it turns out, it's a Dilla production so that's yet another reason to include it this episode! The original "Stakes Is High" was a great record of course, but this remix definitely stands eye-to-eye with it. You should recognise how the bass is based around the main melody of the original, and I think the drums here are actually better. This is how you rework one of your own classics.

I thought I'd already played a track from The Beat Tape Project's "The Ghostface Beat Tape" album, but I was wrong! Anyway, this is a nice track I found on there which I could definitely hear the man in question rhyming on. Grussle is a producer from the DMV (DC/Maryland/Virginia) area who has a well-stocked Soundcloud page, so if you like this then give it a visit and check him out!

Win! Heard a rough instrumental on one of the many compilations of Dilla beats that you see circulating, and always loved it - great to see it used at last. Family affair on this one, with his brother Illa J and longtime friend and colleague Frank Nitt (of Frank N Dank) grabbing the mic. Dilla's beat on this is just super-staccato on the verses, with a super-tight snare and those stabs coming out with the little delay/reverb going on. Fire. Got this on the "Rebirth Of Detroit" CD this month at Manchester's "J Dilla Changed My Life" gig - there are some other quality tracks on there, so expect me to come back to it in the future!

I digitised this months ago, ended up not using it, then realised it gave me the perfect bridge between two tracks. It's also an appropriate selection for this month because unfortunately I.G. Off is no longer with us. I.G. Off & Hazadous were actually unsigned according to Discogs, but put out a few 12" singles in the late 90s/early 00s on Spinna's Beyond Real Recordings label. This particular track was on two of those 12"s, as well as the "The Beyond Real Experience" compilation, which also includes a couple of their other cuts.

Very new track from another artist who can claim to go way back with Dilla, as part of A Tribe Called Quest of course. Phife said "I’ve been wanting to record a dedication to J Dilla for the longest, it just seemed to finally be the right time to do it," and the patience shows in the quality of the result. Never one to bite his tongue, Phife speaks on what he doesn't like in the scene today, what he remembers from an earlier time, and most importantly - his feelings on the passing of a friend.  Someone I've not come across before, DJ Rasta Root, is on the production and he does a very nice job - taking the same drums as on Slum Village's "Hold Tight" and sampling plenty of Slum/Dilla classics for the hooks. On top of all that, he's got a KC & The Sunshine band loop running through it alongside guests on the keys (V.Rich) and bass (DETOXXX). Fittingly quality material.

Hexs and Miranda : I Don't Know

Friend of the show Hexsagon returns with another piece of quality production! Hexs and his fellow Arizonan, the MC Mr.Miranda have kindly given us the totally free "The H&M EP," which you can get over at their Bandcamp page. It's uptempo for the most part but this is the more reflective closing track, with Hexsagon's clean and refined production leaving the perfect space for Mr.Miranda to shine! On top of all that, it's got a nicely-executed video. Phoenix rising!

The jazz trumpeter (and Hip-Hop guest star) Donald Byrd passed away in February last year and after sitting in the house listening to some of his stuff, I thought it'd be good to include one of his songs this month. From the 1976 "Caricatures" album, it's hot even before Byrd grabs the trumpet, at which point it becomes amazing. Enjoy the mastery.

Evidence and The Alchemist have been working together at least since Alchemist was producing stuff like "Worst Comes To Worst" for Dilated Peoples, and at last we get a full-length collaboration project - the "Lord Steppington" album. It's got that backstreet, sample-heavy grittiness to it, and is definitely worth picking up. Also, it has a track called "Swimteam Rastas," so is worth buying for that reason alone :) Anyway, this track is one of my favourites, and Roc Marciano is the perfect guest to close it out - the beat could have some straight from one of his albums. The lyrics and the subdued are definitely conjour in my mind images of a late night casino and the dashed dreams of the gamblers...dope.

Massive Attack : What Your Soul Sings

I never really got into the "100th Window" album, which was a bit of a departure with only 3D of the original members taking part. Despite that, this track was easily a standout for me - beautiful pulsing and gliding production, and the always-interesting Sinead O'Connor on the vocals. Also, although it's subtle, check how much the guitar adds to the track. In fact, that comment just prompted me to do a little web research and it turns out that guitar riff is the only surviving piece of the original six months of recording sessions!

Genaside II : Under The Bridge

One of those little-known favourites from the collection. I didn't even know this was a cover version until a long time after the fact, as I'm not a Red Hot Chili Peppers listener! Great British production from the excellent "New Life 4 The Hunted" LP, working the speed trick of starting around 72bpm and then doubling up in the drums outside the verses. In my opinion, this album top-to-bottom sounds like nothing else. UK reggae singer Rose Windross was a great choice to sing this too, total switcharound from Anthony Kiedis on the original.

The "Sticksman" album had a very different flavour to the debut Skitz producer project "Countryman," which is only to be expected with the nine-year gap. I preferred the first one, but there were definitely good tracks on the second and this is one of the interesting remixes; Brothers Of The Stone's BVA puts in the work here with all kinds of reversing and effects on the vocal samples. On the mic you have some real veterans of the scene, Highbury's Task Force, and then Juni who I don't know - but the whole package works.

Memphis style, but no Elvis! I bought this one especially for this episode after scouring my collection for the right instrumental for this spot; 70ish BPM is very slow for Hip-Hop, or at least the type I listen to. I'm not a Three 6 listener really but this tense 1996 track is top, DJ Paul and Juicy J on production getting busy with the guitar and drum machine. You can get this on "Chapter 1 : The End," their second album, but funnily enough...it's not the final track! That said, I've done exactly the same thing...

At the very end of last month, a man who was loved by many in the two cities of Manchester and Salford passed away. He was younger than me even, and lost his life because of the actions of some of the less evolved among us. I never knew him but certainly knew of him, and some mutual friends are really going through it right now because of his loss. Mancunian stalwart Bricks had done a track to big him up a few months ago, and there's no better time to let you hear it; he takes the idea of the hook from A$AP Ferg's "Shabba" and flips it into our local version on this drum machine workout. Gold indeed, RIP!

STOP PRESS : Dub Phizix, another close friend of John has just today released his own remix of the track here; it's an unrestricted download but he asks that you please make a donation to John's family in exchange - that's more than reasonable I think.